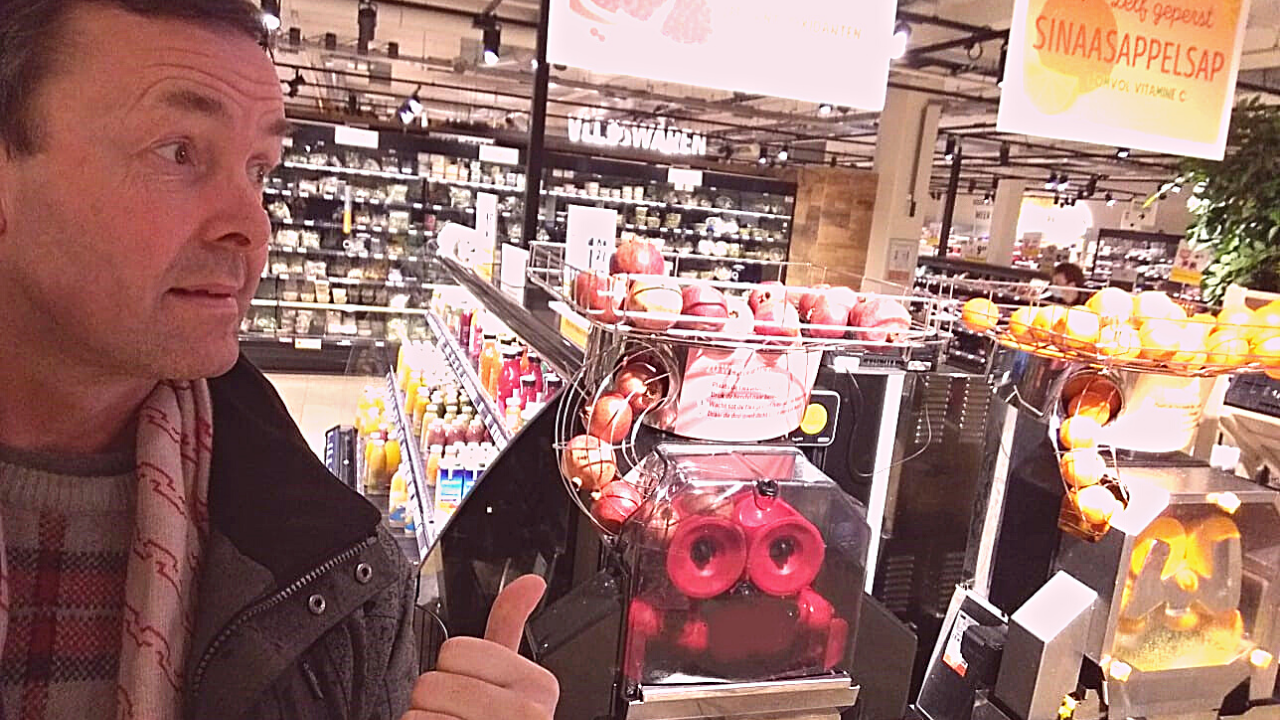 More and more exotic fruit from all over the world is reaching the Dutch retail. Traditional oranges are delicious, but a sweet and sour, fresh pomegranate also gives a strong ‘boost’ to a vital lifestyle.

During a recent Agri trade mission to Turkey, Dutch buyers were brought into contact with all kinds of fresh produce producers. The pomegranate was also discussed. The origin of this fruit lies in West and Central Asia. There was already mention of the pomegranate in Greek mythology, the Koran and the Old Testament. Over time, this historic fruit has become a well-known superfood. It contains minerals such as calcium, magnesium and potassium, which are important for the heart, nerves and muscles. The exotic fruit is also rich in trace minerals such as iron and zinc, fiber, antioxidants and vitamins.

Why this automatic juicer is good news? Because the tough skin of the pomegranate is not very inviting to for some. It is difficult to peel it with those 4 to 6 white walls inside. Subsequently, it has been solved now!

Discover these and other secrets of Turkey. Contact CCNT if interested in trade missions (Agri or other sectors).